About This Years Artist 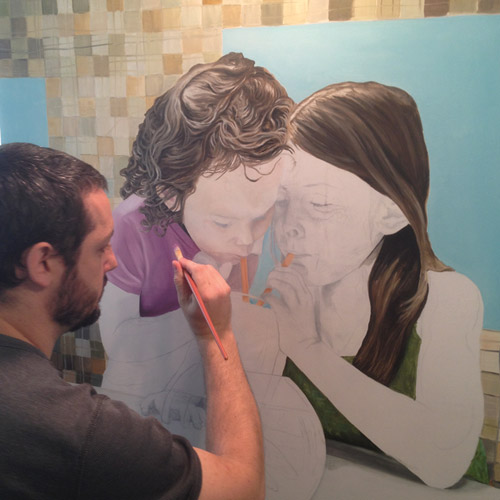 Radin has been interested in art since he was a child. This artistic expression took many forms in his childhood years growing up on Long Island ranging from painting and sculpting to surfing, snowboarding and playing lacrosse. After graduating high school, he spent two years at Villanova playing Division 1 Lacrosse. Radin had a realization his sophomore year that he wanted to pursue art as a career fulltime so he left Villanova for art school.

Alex attended CCAD where he describes his time as challenging and exciting. Radin says, "I was surrounded by all these incredibly talented people, and I had a lot of catching up to do. There were so many people that seemed so naturally gifted. I struggled a lot and pulled many, many all nighters, but I loved it. I had ideas, but it took time for the technical part to come around. All true art is born out of passion and passion has kept me creating all these years."

He graduated with a BFA from Columbus College of Art and Design in Columbus, Ohio and in 2001, relocated to Charleston, SC, after meeting his wife in Chicago at an arts conference. They began a life together in the South pursuing their creative passions, collaborating together, and dreaming.

Surrealism and metaphor have increasingly become a standard in Radin's work. In speaking of his approach to creating Alex says, "While ideas are the driving force behind my work, I place a high value on technique and love to get lost in the design and breakup of space. I am intensely interested in the conversation that colors have with one another as well as communication between strokes and other strokes, shapes, and colors. Even though I get lost in all this, I always return to my subject matter in the end. My desire is to help people see the world in ways they may not have seen it before. I want to draw people’s attention to the beauty and the mystery that surrounds us every day." 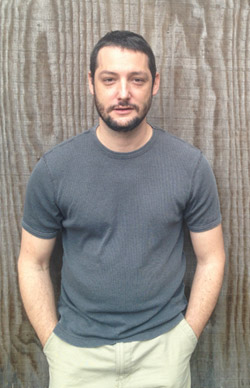 Throughout his career Radin has been known to come up with concepts that attempt to challenge his own approach to painting. This has been a practice for him since his time at art school where he remembers getting "stuck". Alex recalls, "I remember sitting there approaching every painting in the same way and feeling like I was stagnating. It was like I could feel the layers of dead skin forming on me, and I had to do something ... something new ... something different!" Well, he shed that skin and began working in a style that combined his graphic approach from his very early work with realism and went in a more surrealistic direction. He has also written quite a bit of poetry and metaphor has become a strong element in much of his work.

Since then he has continued this practice of challenging himself in new ways, such as in 2008 when his 4 year old daughter inspired him with her raw uninhibited freedom of expression, and he spent the next 10 weeks attempting to tap back into the childlike approach to creating. This experiment resulted in the "Through the Eyes of a Child" exhibit.

Radin is particularly excited about this new series "A Year of Pattern" as he believes the challenge of completing one new painting for each day of the year will be transformative. According to Radin this year's theme will also allow him to experiment with ideas that may influence his new series "Kaleidoscopic Symphony." Radin describes himself as a creative explorer and his new series, "Kaleidoscopic Symphony", supports that by venturing into new territory and presents an interesting opportunity for everyone who is willing to participate. Make sure to visit kaleidoscopicsymphony.com to sign up and you may find yourself in one of his new paintings!